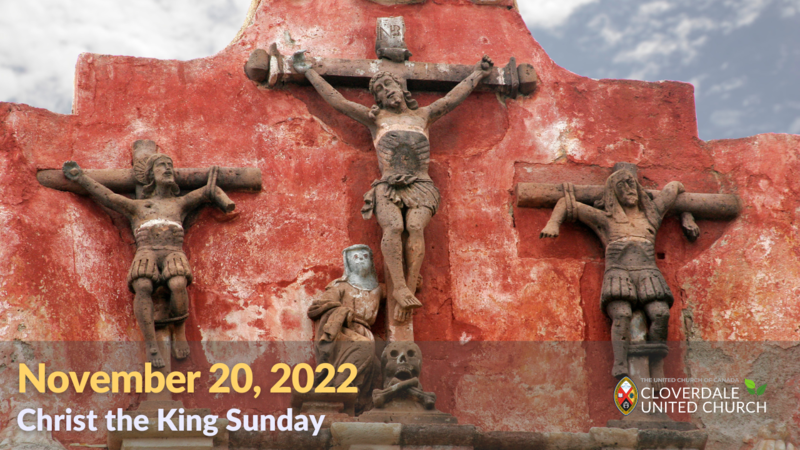 This weekend we mark Christ the King Sunday (also known in some circles as Reign of Christ Sunday). On this final Sunday of our annual worship cycle, before a new liturgical year begins next week with the First Sunday of Advent, our journey through the life, teachings, and ministry of Jesus culminates in a celebration of his ultimate lordship over all. The observance also serves well as a transitional day leading into the season of Advent that is ahead: the emphasis this week on the final and ultimate majesty and rule of Christ leans into Advent’s expectation of Christ’s coming again at the culmination of all time — an expectation that will take centre stage especially in the early weeks of Advent, before our attention turns toward the remembrance of Christ’s first coming that we mark at Christmas.

As we celebrate Jesus Christ as King, though, just what sort of "king" is he? Our scene from the Gospel of Luke will certainly suggest that he's not the same sort of king we're used to seeing in our normal realms. What do we make of a "king" for whom the clearest declaration of his "kingship" comes as he hang dying on a cross, rejected by so many, and executed by the state for sedition and treason...?