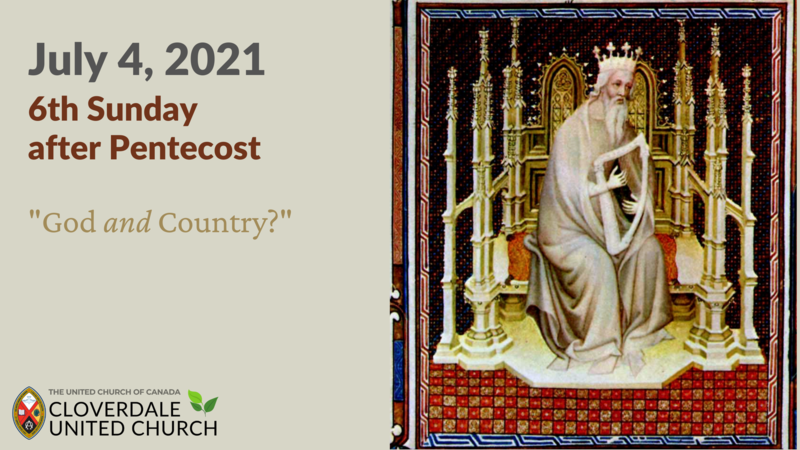 Our walk alongside the Old Testament's stories of David, the celebrated king of Israel and the one whose throne the Messiah was promised to come and fill, continues this Sunday. In this week's scene, David is finally crowned king over the whole of the united nation. On a weekend in which our two major North American nation-states observe dates connected with their founding, the scriptures provoke important questions about the relationship between following God and fulfilling the goals of nationhood. Are we truly called to honour "God and Country"?